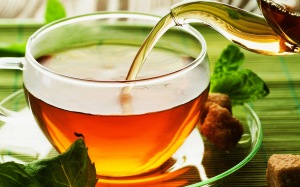 One of the best things about living in England is the mutliculturalism.  (What makes it even better is that every time someone says that, Nigel Farage gets a stabbing pain behind his eye.  I have absolutely no evidence to back that up, but you never know…)  This is particularly relevant in London: did you see the re-imagined tube map showing the languages spoken in different parts of London?  Here it is.  How cool is that?!

I don’t understand why UKIP, racists and other generic twats get their knickers in such a twist about British identity.  Firstly, other nationalities have all sorts of beautiful, fascinating and useful things to teach us, as evidenced by all the purloined objects in the British Museum.  If we didn’t think that foreign stuff was cool, we wouldn’t have nicked it in the first place.  Secondly, we’ve kept all the Britishness we’ll ever need.  Seriously, we have.  There are certain British values which to this day remain undiluted, unwavering and inexplicable to people from elsewhere.  Our identity as a nation and our global reputation rest upon these unshakeable pillars of completely peculiar principles.  Here are some examples of things which we Brits are totally fine with, but which we find difficult to explain to people from other countries:

Bonfire Night
“About four hundred years ago, a bloke with a bit of a chip on his shoulder tried to blow up the Houses of Parliament, so now we burn effigies of him.”
“And this is a happy time?”
“Oh, yes.  Fireworks, fairground rides, family outings.  All good fun.”
“You celebrate a four-hundred year-old terrorist attack.”
“…Well, yes.  But it’s a failed terrorist attack, if that helps.”

Why Tea is So Important
“It just is.”
“But why?”
“It’s traditional.  It’s English.”
“It’s Chinese, actually.”
“Yes, alright, but we like it over here, too!  It’s comforting!”
“How so?”
“Because it’s…hot?”
“So is coffee.”
“Yes, but…”
“And hot chocolate.  Hence the name, ‘hot’ chocolate.”
“Yes, but you wouldn’t find the queen serving hot chocolate to her guests at Windsor, would you?  She’d serve tea.”
“She’d serve coffee to the Americans, I think.”
“Perhaps.”
“And actually, I don’t think she’d be serving it.  I think she has staff to do that.”
“I’m not having this conversation.  Go and put the kettle on.”

Talking About the Weather
“If you don’t have anything nice to say, comment upon the weather.”
“Why?”
“Because weather is the ONLY thing that you can talk about with absolutely anyone at all, without needing any prior knowledge of them as a person.  Unlike religion, politics, current affairs, art and literature, talking about the weather doesn’t involve having an opinion or risk offending someone else.  It’s an excellent way to start or maintain a conversation with someone by purely stating empirical, uncontroversial facts. No one can argue with ‘nice day today, isn’t it?'”
“If you don’t want to talk to someone about their opinions or discuss interesting topics, why on earth are you talking to them?”
“…I have no idea.”

Sarcasm
“So you’re saying one thing, but you mean the opposite.”
“Yeah.  It’s a type of humour.”
“But why do you need it?  Why can’t you just say what you mean, like America does?”
“Oh yeah, because British people would love to be more like America.”
“Really?”
“NO.  THAT WAS SARCASM.”

So there you have it: the British identity in a nutshell.  Obviously those are all a bit silly, but you know what I mean: we’re a pretty odd bunch, and our identity as a nation isn’t going anywhere.  We are the affable, slightly strange grandfather at the global dinner table, and we’re ok with that.  We also need to be ok with other cultural identities, even if they seem strange to us.  Bearing that in mind, could somebody take Farage’s toys away and send him to his room?  No dessert for intolerant eejits, I’m afraid.

Have an amazing Tuesday! 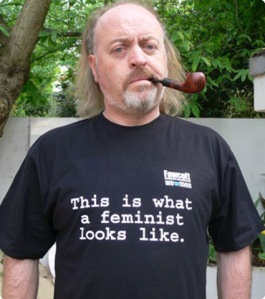 Good morning and happy Saturday!  I hope that you drank in moderation last night, and if you didn’t, that your house mate/partner/unexpected guest has some painkillers for you.

As comedian Bill Bailey said in his show Part Troll, it’s very difficult to describe being British to someone who’s not from these blessed isles.  He came up with a pretty accurate description, though:

“We have strong prevailing south westerly winds, um…52% of our days are overcast, so as a nation we’re infused with a wistful melancholy…but we remain a relentlessly chipper population, prone to mild eccentricity, binge drinking and casual violence.”

I love that quotation, but I think that there’s another way to describe Britain – or rather, what it’s like to be British – to someone from a foreign land.  Predictably, I have chosen a method that allows me to provide you, dear reader, with a top ten list.  Here are the ten worst nightmares of British people:

Particularly in London, people walk with purpose, direction and whenever possible, the speed with which to overtake the tourists just in front.  It is devastating, therefore, to massively stack it in the middle of a public place.  Sod’s law dictates that this will happen when you are walking past a group of threatening-looking youths, wearing supposedly flattering high heels or in a tube station during rush hour.

2) Stand clear of the closing doors

Speaking of the tube, it’s a wonderful feeling when you manage to squeeze into a crowded carriage on your commute, and if you’re the last one in there’s an Indiana Jones, just-in-the-nick-of-time element to your euphoria.  But this joy is short-lived if and when you discover that your errant coat/bag/scarf is the reason that the TFL guy on the platform keeps shouting “Stand CLEAR of the CLOSING DOORS, please!”

3) London is not your Oyster

Another London-based issue, and again this relates most strongly to the havoc of rush hour: being the person who queues up for ages to get to the ticket barrier, only to discover that your Oyster card simply does not want to play ball.  You definitely topped it up this morning, so what’s its problem?  “Seek assistance”, indeed.  I will try, but I have to apologetically shuffle back through this crowd of cross commuters waiting to use the barrier first!

4) Turn around (every now and then I drop my drink)

Assuming that you manage to navigate your way through the streets and train networks, you might make your way to a pub to see some friends and enjoy a nice, cold drink.  On a weekend night in particular, the inevitable queueing process at a bar is arduous (but it will not defeat you – you’re British after all, and you know how this works).  So once you’ve finally got your drink in hand, the next task is simply to turn away from the bar, carry your drink through the crowd of soon-to-be-sozzled people and find your table.  Easier said than done.  One errant elbow from an inattentive stranger and your pint/wine glass/soda and lime can go hurtling onto the floor.  Back of the queue.

The beverage-related nightmare doesn’t end there: as a nation we are globally renowned for our love of hot beverages, and it’s always alarming when you come across somebody who doesn’t drink tea or coffee.  (Honestly, it gives me the heebie jeebies just typing those words.)  Worse than that is to be a coffee or tea lover, but to be very particular about how you take your drink.  We live in a world where syrups, soya milk and cinnamon topping (why?) are available in coffee shops all over the country, but if you’re at someone’s house and they offer you a hot drink, it’s excruciating to have to say “er…do you have any brown sugar?”, or make a similarly difficult request.  I come up against this embarrassing situation quite often, because I’m allergic to dairy stuff and I don’t like black coffee.  It’s not  really my fault, but I’m English, ergo I am embarrassed by being honest about my preferences.

6) Well, gosh, I suppose, um…well, yes, actually, I do think you’re rather…I mean to say I think you’re very…no, silly me, forget I said anything

Being honest in general is not something that this country is good at.  We love a good moan as much as the next nation (by the way that’s not a dig at France, who are technically the next nation), but when it comes to being open and frank we are petrified.  I had coffee with a friend yesterday who advised me to be honest with someone about my feelings – Christ, can you imagine?!  One shudders at the very thought.  Getting a British person to be communicative on an emotional level is like teaching Keira Knightley how to act.  It really should be done at some point, but heaven knows how difficult and painful it would be.

Speaking of painful, sneezing several times in a row (for NO APPARENT REASON) is horrendously embarrassing, and it provokes most people to adopt a furious, baffled “what on earth is wrong with my sinuses?!” expression, in order to demonstrate to their companions that this is a completely unintentional display of violent noise.  The same applies to coughing fits, even if you’re ill and you’ve forewarned people of the fact.

8) Please leave a message after the person you’re calling has scrambled around in their bag, desperately trying to turn their phone off

Making any unintentional noise in public is excruciating to a British person.  Last night I genuinely had a nightmare that this happened to me: I had forgotten to turn my phone off, and someone called me in the middle of a theatre performance.  I go to the theatre most weeks and my memory for small tasks is terrible, so this event is a very real possibility, but only a British woman would wake up in terror at four in the morning because she subconsciously imagined her phone ringing during a production of A Streetcar Named Desire.  Hugh Laurie and Stephen Fry were playing Blanche and Stella, as I recall.  Sterling performances.

You’re walking along.  Someone is walking in the opposite direction.  You’re on a collision course.  Panic stations: you edge left, and they move to their right.  You go the other way, and so do they.  CRISIS.  Instead of apologising and running across the road in blind terror, I think that we should all use the opportunity to have an impromptu boogie.  The next time this happens, take the other person’s hands and launch into a spirited impersonation of the ballroom dancing scene in The King and I.

10) Always take the weather with you

Last but not least, that great and faithful ally of awkward conversations: the British weather.  In this instance, it can create a nightmare scenario by simply changing halfway through the day.  When a gloriously sunny morning fools you into thinking that an umbrella won’t be necessary and then a downpour strikes as you leave the office; when a brisk morning leads you to don a jumper, only to find that the day has become a record-breaking scorcher by lunchtime; when the weather forecasters scoff in the face of a possible snowstorm, and within an hour of you leaving home the world looks like a Christmas card.  This is why many British people carry sun cream, an umbrella and gloves with them at all times.  (I’m not joking.  You should see my hand bag.)  Better to be overloaded with stuff than to let the weather lull you into a false sense of security.

Have a stupendously wonderful day, everyone.