I won’t beat around the bush, because we’re all busy people and those mince pies aren’t going to eat themselves: 2016 has been weird.

Setting aside the national, global and celebrity death issues, it seems to me that a lot of us have been going through our own personal annus horribilis (which is Latin for “what the HELL happened this year?!”).

In my case it’s been a year of boiling points, especially with my friends.  Issues and unspoken gripes that had been simmering for a long time began to bubble up and spill, and at certain points I found myself not speaking to people who have been very close friends of mine for years and years.

In one instance – and I don’t think she’ll mind me telling you this story, because we’re grand now – I fell out with one of my best friends for about three months.  I was in the wrong for causing the argument, but her decision to temporarily cut me out of her life seemed disproportionate to me: it wasn’t that big of a row.  When we met up a few weeks ago to sort things out, it transpired that she had actually been upset with me for various reasons.  Thoughtless actions or badly-chosen words on my part had been upsetting her for a while, and she’d never said anything about them.  So what I thought was an over-reaction turned out to be totally justified: she was boiling over after months of unspoken annoyance.

Now, obviously, this makes me feel like an absolutely rubbish friend and I am not proud of this story at all.  I cannot bear to think that I was merrily running around thinking everything was ok when in fact one of my closest friends was feeling hurt by my actions.  I did the same thing myself with another friend: her behaviour upset me for a long time, but I plodded on with the usual useless thoughts of “that’s just what she’s like” and “well, what can you do?”, the way we all do when we love someone who occasionally irritates us.  That situation blew up in my face, too.  I thought I was being patient when all I was doing was giving myself permission to approach boiling point.

What I have tried to take away from these nasty situations is that it is important to be honest when someone close to you is hurting your feelings.  This is really not an easy thing to do.  We’ve all been in situations where it is difficult to be honest with someone, either because of circumstances or because we’re not sure how they’ll take it.  You know the sort of thing:

“Hey, listen, about your new boyfriend…”
“Oh my God, he’s great, right?  So smart, and SO funny.  What was that joke he made the other day?  Something about your hair?  How bad it looked?  Oh my God, that was HILARIOUS.”
“Er…yeah…”

No fun to be had there.  But the thing about letting things simmer for too long is that they always boil over: that’s physics.  And I don’t know about you, but I’m damned if I’m going to have another year of emotional eruptions and friendship disruptions.  Let us mull the wine of friendship, not allow it to boil over into a claggy claret mess. 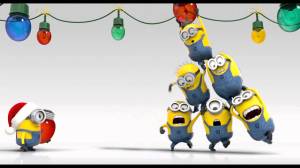 Hello there, dear reader!  How are you doing?  I’ve just made some biscuits, do you want one?  Careful, they’re still pretty hot.

Winter can be a magical time filled with joy, love and yummy food.  It can also be an absolute pain, complete with freakish weather situations, the stress of Christmas shopping and the inevitable do-we-don’t-we of turning on the central heating.  Here are some of the most common occurrences in the lives of twenty-somethings during the winter of our discontent (or disorganisation, in all likelihood):

Have a lovely day.  Take a couple more biscuits for the road if you like.