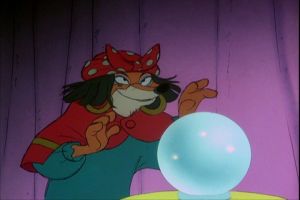 Hello, and a very merry Bank Holiday Monday to you!  How’s it going?

Our lives are composed of a bizarre mixture: routine tasks and brand new experiences.  We spend our time carrying out the same objectives day after day, adding a twist of new faces, places and events at the same time.  For example, this weekend I spent a delightful afternoon with two of my favourite friends (standard), and had a palm reading (new one).  I indulged in a spontaneous night out that included drunk dialling (standard but no longer acceptable at my age), and did the ALS challenge this afternoon (for the first and categorically last time).  I hope that your weekend has been a similar combination of old and new, although perhaps not with quite the same ingredients as mine…

So.  Palm reading.  Bit of a weird one for someone like me, who is very much with Dara O’Briain when it comes to this stuff like this.  I was brought up Catholic, so I’ve never really been exposed to much astrology and suchlike.  I also have an automatic mistrust of anyone who claims that payment is necessary for a spiritual experience.  I’m looking at you, Scientologists.

The reason that I decided to go for a palm reading was because my friends were going, and I thought it might be fun.  I may not believe in psychics, but I was intrigued about what the palm reader would say (or what my hands would say, I guess).  It was a bit hit and miss: apparently when I get married it will be forever, I will have two children and I’m going to go to New Zealand at some point.  So far so funky.  There was a bit of a sticky moment when the woman tried to tell me that I was a designer and I had to gently explain that I can barely draw stick figures, and her ideas about my current love life were frankly baffling, but other than that a lot of what she said made sense.

When I say “made sense”, I don’t mean that I will now become a fully signed-up psychic fan; I mean that the observations she made about me as a person were fairly accurate.  Obviously she picked up a lot from my body language, demeanour, facial expressions etc. rather than just the lines on my palm, but there is something quite interesting about a complete stranger being able to identify certain things about you based on one meeting.  It may not be psychic, but it is a bit spooky.

As I said, life is a mixture of old and new, but while we’re running around living our lives we sometimes forget that our past and present (but probably not future) can be extremely evident to other people, even if they don’t know us personally.  In No Country for Old Men, one of the characters is convinced that our past is all we really are: “You think when you wake up in the mornin yesterday don’t count. But yesterday is all that does count. What else is there? Your life is made out of the days it’s made out of. Nothin else.”

Our lives are written in our faces and actions, and that’s not necessarily a bad thing.  If we keep pushing ourselves to experience new things as well as getting on with our usual routines, we can always make our future selves look different to the way we look now.

I’m off to finish packing up my books (5 crates down and I’m still only halfway through.  This is not going to end well).  You have yourself a truly magical Monday. 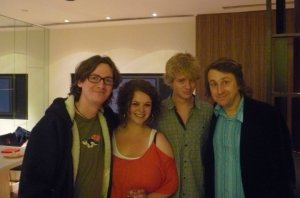 Hello, dear reader!  How are you?

Today I turned 25, which is lovely because I have an excuse to eat lots of cake and do pretty much whatever I like (within the limits of physics, morality and the law, obviously).  Having said that, I am not actually very good at birthdays.  This is for three reasons:

1) The paranoia: will my friends turn up to my party?  Do they still like me?  Have they decided in the last twelve hours that none of them can be bothered to trek to North London for cake and scones?!  …Actually, what am I saying?  My friends would walk through fire to get to cake.

2) The perfection crisis: I think we all do this.  On our birthdays we expect perfect weather, green traffic lights, punctual public transport and shiny, healthy-looking hair.  It’s the one day of the year when everything is supposed to go our way.  People who are angry with us should automatically forgive us, we shouldn’t have to go to work and frankly the washing up can be left ’til tomorrow.  (That’s such a lie.  I’m definitely going to do the washing up once I’ve finished this.)

3) I have been known, upon  hearing the greeting “Happy Birthday!” to accidentally utter “thanks, you too” in response.

Luckily, I share my birthday with some awesome people who are better at this stuff than I am (and if they wished me a happy birthday, that embarrassing response would actually make sense):

Have a stupendously lovely day (even if it isn’t your birthday), and I hope that wherever you are and whatever you’re doing, cake will find you somehow.